The Kansai's best town to keep living in! What is the charm of Shimamoto Town?

Did you guys see the feature on the TV news?

As soon as we found out that it was going to be aired, we posted about it on Twitter and Instagram!

For those who missed it, don't worry.

Shimamoto Town took first place in the ranking of the best town to keep living in, beating that popular areas, Ashiya City and Nishinomiya City!

When commentator Hyodo-san heard "Shimamoto Town," he immediately asked, "Where is Shimamoto?"

It's so Shimamoto thing, isn't it?

Mayor Yamada was interviewed and when he was asked what he thought of the news that Shimamoto Town was in first place, he replied that he thought "What? Our town?"

There's been an increase in nurseries over the last few years!

Rikyu no Mizu (water of the Imperial Palace) is also the proud pride of Shimamoto Town.

RISTORANTE Co.N.Te, the restaurant I posted about the other day, was also interviewed.

It was introduced as a town with rich nature such as the Minase River, Yamabuki Ravine, and Minase River Green Park, where it is comfortable to raise children.

I was able to rediscover the wonderful aspects of Shimamoto Town.

NEXT
[Rikyu no Mizu] One of Japan's best 100 natural water 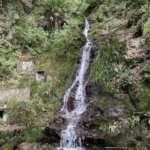 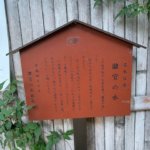 [Rikyu no Mizu] One of Japan's best 100 natural water 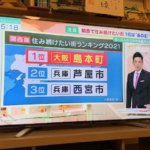 The Kansai's best town to keep living in! What is the charm of Shimamoto Town?